iFit finally started working with our treadmill!  It took many calls to the company and a complaint to the Better Business Bureau, but they finally got the software working.

iFit does have an entire community that you can interact with.  Additionally in the software you can design your own route and download it to your iPad to work with your treadmill.  The iPad hooks to the treadmill through Bluetooth.

While trying to get it to work we started with our original iPad.  After many tries the company informed us that the treadmill wouldn’t work at that time with an older iPad.  Newer iPads were expensive, so we decided to try an Android tablet.  We ran to Best Buy and got a cheap tablet, only to find that the Android tablet got an error too.  Knowing the iPad better, we invested in a new iPad – we had already spent too much on the treadmill, so figured may as well go for the iPad too… and I’d use it for other things.  Shortly after, we found that the iPad was getting the same error.  The company then informed us that despite the box saying iOs ready, it wasn’t… and since the Android didn’t work either, they would have to investigate.

The investigate went on for a few months.  Every week I would receive the story that the system would work next week.  Needless to say it didn’t.

When it did finally work, it was just happenstance that I tested it and it worked.  I already had the routes downloaded and the iPad had already been connecting.  The system had been giving a firmware update all along.  It finally resolved itself and the app moved on. Inside the app,  I can choose where I would like to walk.  The app then adjusts the speed and elevation of the treadmill to match the training program.  You can manually change the adjustment, but as it goes through it’s paces it will change as you move along.

The system does have different views that let you see the map that shows the route, or you can see the view.  Only some areas are available, and we found that you have to have a really good internet connection to view the location.  For us it only worked a couple times.  – I have to say I was not impressed and can’t recommend it.

The treadmill adjusting itself with the app was cool!  – but the lack of support, difficulty in getting the system working, and much higher cost definitely made it not worth the cost.  BitGym definitely won out! 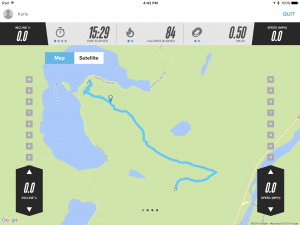 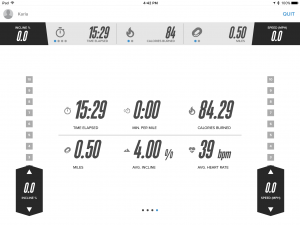 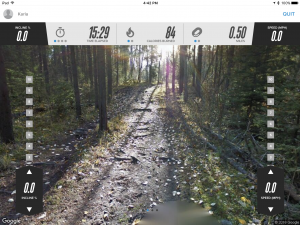 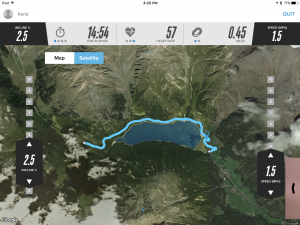 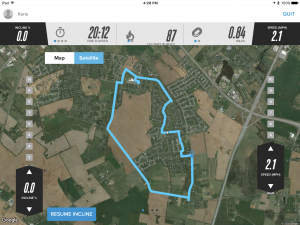 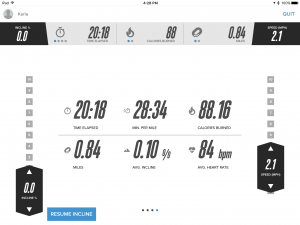