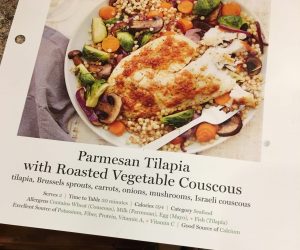 The Parmesan Crusted Tilapia with Veggies and Couscous were from the Terra’s Kitchen box.  Like the previous box they didn’t have as much flavor as some of our previous options from when we ordered Blue Apron.  I did like the Tilapia and the couscous.  The veggies included rosemary as a seasoning.  The recipe called for some oil sprayed on the veggies before baking them – the tilapia was also baked.  The meal felt healthier than the meals we had gotten through Blue Apron, being baked, not fried.  :Like the other meals it was quick to fix. Everything was already prepped and all the ingredients are included.  The mayo with Parmesan was a little hard to mix and spread – but after baking they came out tasting well and without too much on them, they appeared to be healthier.

We had Salmon for our next meal which my husband made.  It was a Soy Honey coated Salmon and I really enjoyed it.  It included a veggie mix with asparagus and more!  One more meal in the first box to go after that.! 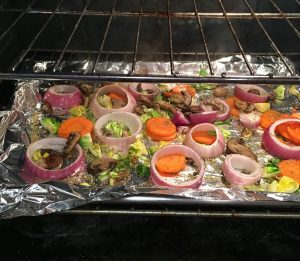 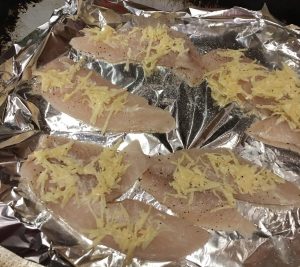 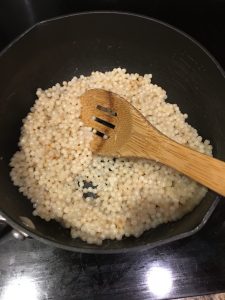