Our last meal for the week was a salad with bleu cheese steak. I love bleu cheese, but my husband doesn’t. The rub for the steak had red pepper in it and definitely was spicy. I think the dressing made from mustard was something some people would like.  The salad itself was lettuce, spinach, and small tomatoes with the dressing and steak (and bleu cheese on mine).

This was a little more flavorful than the other meals we’ve gotten, but like the others, it wasn’t something I would choose again.  Additionally the steak was really thick making it hard to get the center done without overcooking the outside of the steak.  I like my steak close to rare, so for me that was ok, but my husband took his and microwaved it to finish the steak off.

We have one more week to go of Terra’s Kitchen and then we’ll swap on to the next set of meals.   So far this week I’d say the pre-prepped meals was convenient, and the container being returnable for recycling was also a big plus (there was still a lot of waste), but the meal choices and the cost didn’t rate as high as the previous plan we tried. 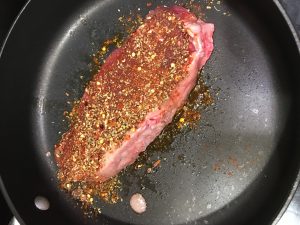 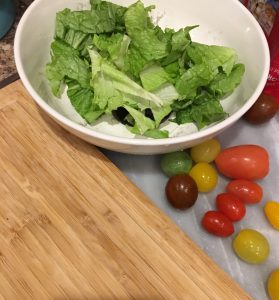 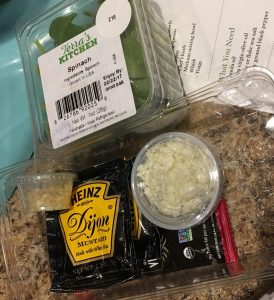