Texas Trip – heading off with my mom…..

I was so excited to get a new treadmill with all the bells and whistles.  I settled on the Proform 520 VNI that SAID it had Bluetooth and linked to the iFit system to allow me to use an Android tablet or iOs device to control my treadmill and view a landscape as I walked or run.

Sounded great to me!  First glitch came when I found that there was no way to sign up for the $99/year service on their website.  Bad Link!!!! So I ended up paying $267 – I emailed and pointed out that the service was incorrectly charging and hoped they would get it fixed….. Then I tried to get set up…..

1.  Tried an IPad 2.0….  Hmmmm doesn’t work with that technology. I was also told that the version for iPad was in testing and would be released soon…

2. Bought an Android Tablet… Got a Firmware error.  Ughhhh!

4. By this point the iOs version was released….. Bought an iOs 3.0 Pro and returned the Android.  Sign in error!  Ughhhhhhh

6. Finally they got me logged in on the iPad by deleting that account and creating a new that wasn’t hooked to social media.  At least it’s logged in.  Now to try it! 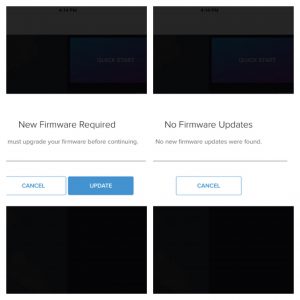 8. Email saying other people had the same error but they have fixed theirs….

9. Did I mention I have put a complaint in to the BBB and they offered 6 months free of this worthless service.

10. Debating disputing my CC charge since it is not working….

11. Was recommended I try BitGym…..  It doesn’t control the treadmill, but it does seem to work better… aka it works the way it says it does.

12. Never planning to buy a Proform treadmill or iFit again… Should have checked the reviews first….

BigGym works by using your camera to watch you as you move.  It then determines your steps per minute.   It doesn’t hook to your treadmill (also works with bike and elliptical) but it does allow you to see a trail, work with a trainer, and keeps track of your speed.  So definitely something I’m going to keep trying…..

Walking on the sidewalk in Venice I could hear the water lapping.  Walking on a trail in the mountains in Italy I had to be careful as my uncoordinated self to keep from trying to avoid rocks and falling flat on my face when I missed the tread on the treadmill….  Yes I’m that uncoordinated! 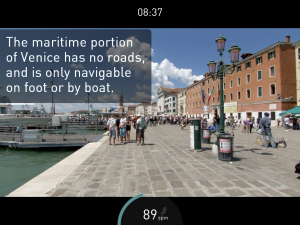 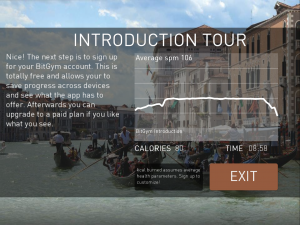 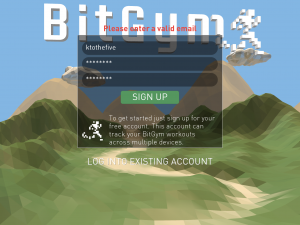