As we get older it gets harder and harder to find a tribe that we all fit into.  In high school and grade school most of us have clichés that we fit with…. or at least hang on the outer fringes of.  In all honesty I’m not completely sure if I felt a complete part of any of those clichés while there (being an odd duck), but I did have friends and I still keep in touch with groups from each of those places, and I know that I can contact them at anytime and they will have a smile for me.

I moved on to college and made friends there, I had friends there…. all of whom are now scattered around the country.  I don’t get the chance to speak to them much, but with the invention of facebook I do know what most are up to and can give an encouraging word once in a while.  One just moved to Florida, one is up by Chicago, one over by Peoria….  and more….

I moved on to marry and have kids.  As the kids are younger, we make friends that are our kids parents.  With my older kids, I made some great friends at first… then we moved…  – Yep still keep in touch with the first group some…. also the great invention of facebook!  Moving into a small school where the parents already clichéd. My older son’s class was already gelled, so that was another lets be a satellite around the edge…..  I have some good friends from my middle son’s class.  But kids by that age are busy, and just get busier!

As the kids get older there life moved on to friends through online…. they aren’t local….  That doesn’t allow for a hey, let’s run to the mall?  Want to grab lunch?  Road trip anyone?

I do have good friends, both in person and online, but my question becomes how do moms make friends that are really their tribe?  How do you go about developing a circle of friends of that are your mirrors – close enough that you want to do things together?  And do mom’s need friends like this?

I started debating it because I came across my registration to a get together where I belonged to an online group that has a get together each year…  I misunderstood – as it was for older moms and I thought open to anyone.  So for the get together I saw nothing wrong with taking my mom….. To me it made total sense…. older mom get together, mom, didn’t seem a problem.  Through emails where I mentioned bringing her I heard nothing…. I later found they had been discussing not wanting me to bring her and hadn’t told me…  One person then called me and said that I wasn’t welcome to bring her…  Of course I had been hearing from the other side (my mother) that she was worried about me driving up by myself, it was too close to fly…  and I had been looking forward to the activities.  Several were things though that I thought my mother would have enjoyed more than me…. Things like a beer tour, I hate beer, but my mother likes it!  Even a tea house (I’m a coffee drinking but my mother likes tea)…  To me, I was going to be the odd duck, so it was a pretty horrid thing for them to do without discussing it with me first about why I thought she would fit in….

So I left the group… It was a group that I had felt was my tribe.  I had actually suggested an article to them about finding your tribe, and the group had starting calling itself a tribe after to top it off… I’m still friends with some, but ughhh, it was a tough time.

The trip fell during my husband’s birthday and my son’s fall break, so my mother ended up coming down.  Because of my son’s uniqueness and my husband still working, we ended up doing a staycation, just my 8 year old, my mother and I.  We had to skip the tours we would have done, but we still did a few things.

I do still belong to an online tribe that I love, I’m probably old enough to be the mother of several, but they are wonderful!  I have an 8 year old besides younger kids and was lucky enough to find a group of mom’s of younger kids.  I love the group… I may feel old enough to be the parent of the group, but so many of the problems they face are things that I have been there.  And it’s pretty much a judgement free zone!  I’ve met a lot of moms that I’m friends with and can’t imagine parting with.  If at any point we relocate somewhere else, they will be the first ones I get in touch with to find out about where to live, what schools to choose, and more….

So how do you find a tribe? Is it a life long tribe?  Is it just one BFF? 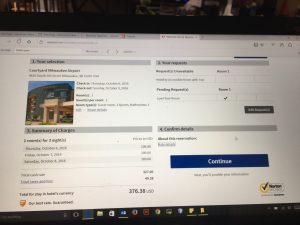