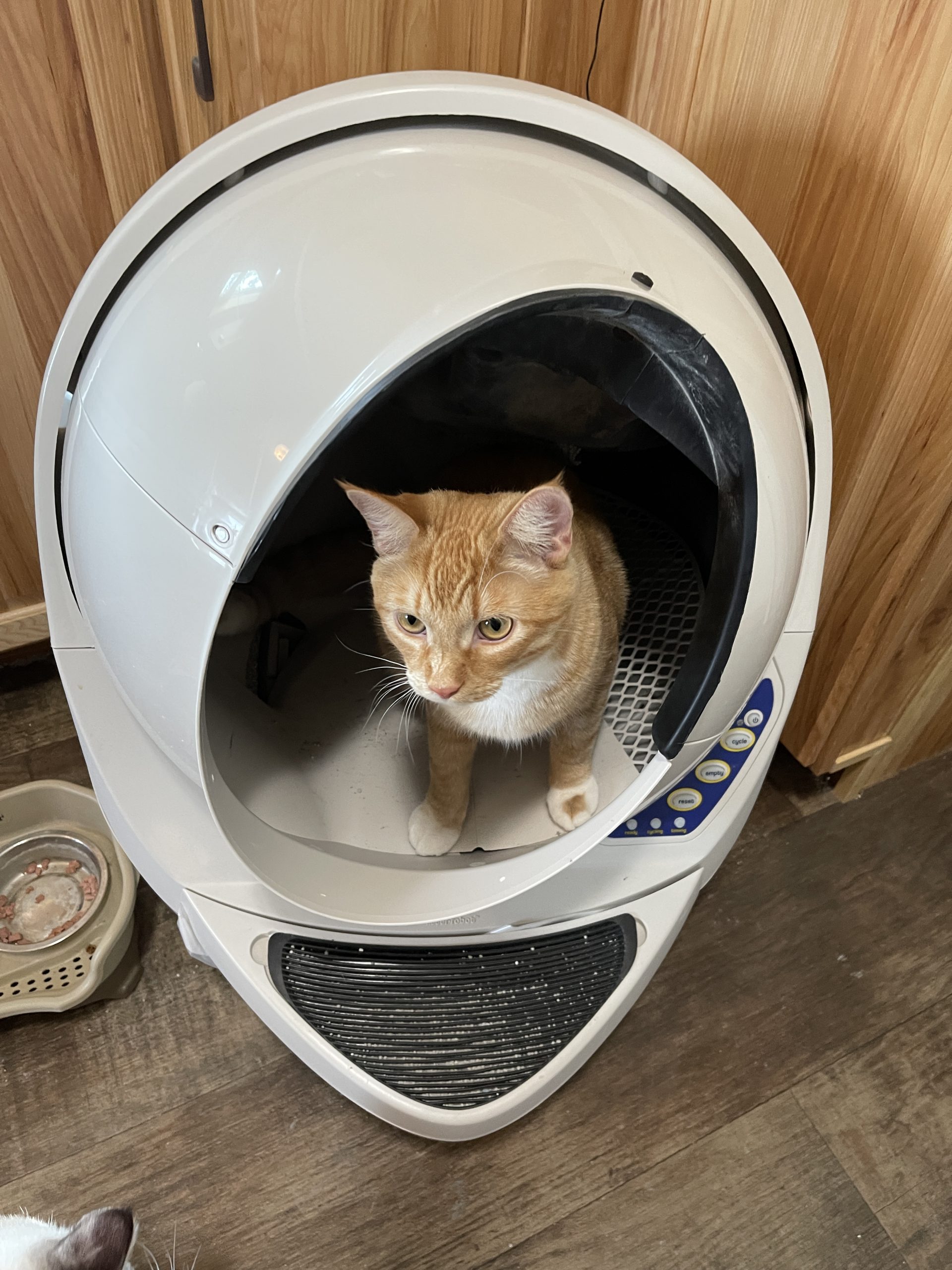 Last fall a mouse made it into our house. My middle son had asked for a kitten for his house because of mice… then he was afraid one would be lonely so he ended up with two cats.  After deciding the cats were too much work we ended up with three cats at our house. They do seem to be looking for mice all the time, but they also spend time causing trouble, breaking things, and winding around our feet as we try to walk.

Having three cats in the house, I decided changing litter and cleaning it all the time needed a solution.  We had a self cleaning litter box that uses crystal and needed cleaned once a week, but the cats preferred regular clumping litter. A friend suggested the litter robot, and I just had to give it a try. The litter robot cleans itself and dumps all the clumps into a pull out drawer at the bottom.  The bag needs pulled out and replaced every couple days, but so much easier.

The cats at first were scared of climbing into the rotating scary hole.   It took some effort to get them in.  I tried putting them in, and they spread out as wide as they could and clawed their way away.  Later I put a treat in and somehow convinced our cat Spice to get in.  Once Spice had used the Litter Robot for a day or so, Pumpkin (shown here) finally decided to get in.  Socks was last to get in.

After the cats started using the Litter Robot, they quit using the other litter boxes.  I think they love that it’s a regular litter and always clean. Whenever it needs the bag emptied from the drawer and has stopped cleaning they come find me and start meowing.  Following me in and watching me until the drawer is emptied and the Litter Robot cycles.

The Litter Robot also has a wifi feature available that will let you look up usages and send you an alert on your phone when it’s time to empty the drawer. It seems to use less litter also because I’m just adding to it when I need it as opposed to having to completely replace the litter each week… and I love the no more scooping!