The Story of the Great Pumpkin (the New Version) 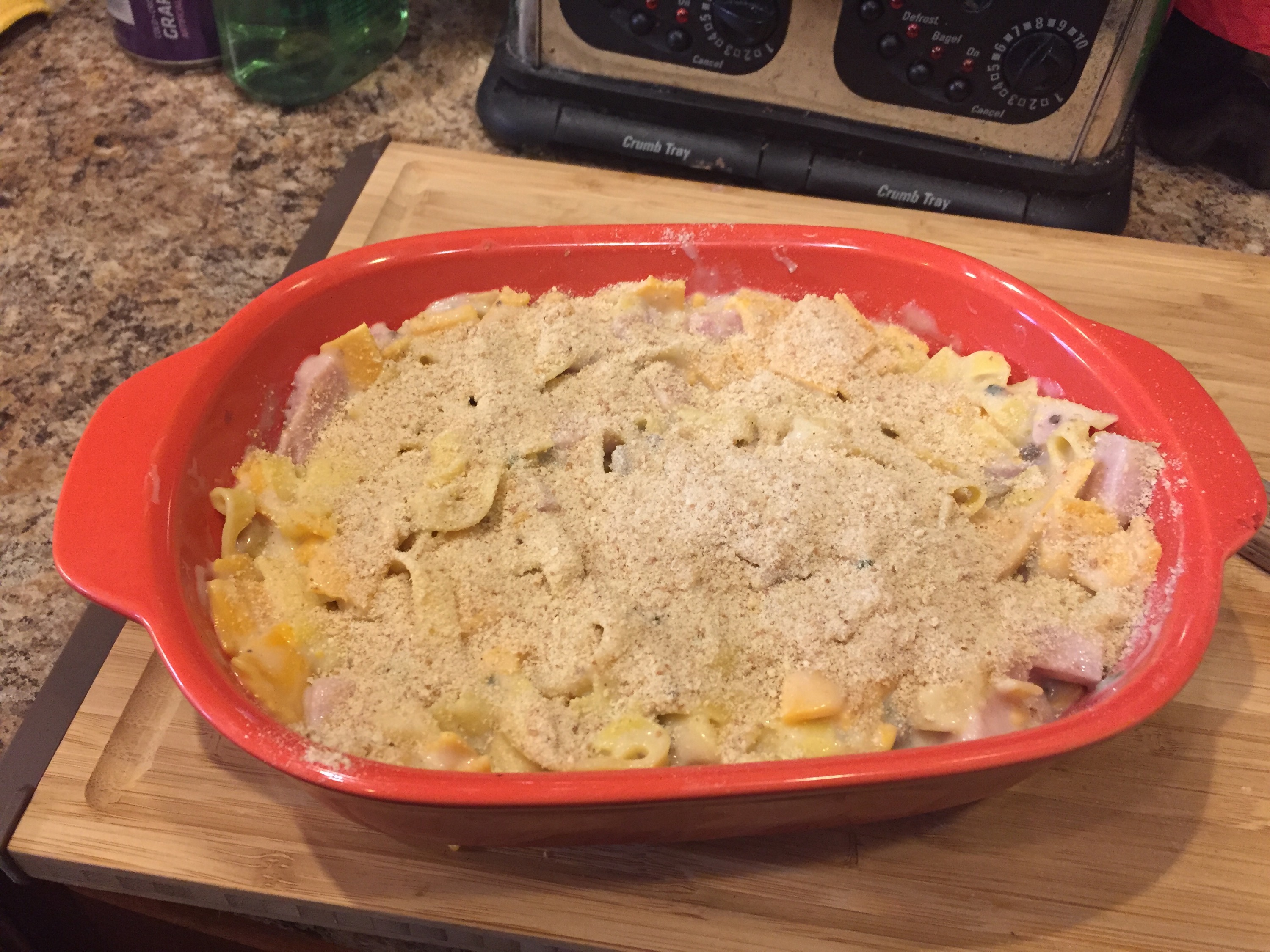 I had some leftover ham and decided to try a ham casserole.  Mostly I just wanted to use leftovers.  I cut up left over ham, added cream of mushroom soup, noodles, a little milk, some cheddar cheese (shredded), a little cut up onions, and then sprinkled seasoned bread crumbs on top.

If I’d had any, I would have added broccoli chopped up, but we were out.  – This was completely left overs.  I did add a little garlic, because everything tastes better with garlic!  I’m making this again tonight also.

After I baked it for a little while in the oven at 350 degrees.  Everything was precooked so it was mostly to make sure it was warmed up and the cheese was melted.