Heading to a conference in November we decided to visit the NASA Space and Rocket Center.  Entering Alabama we were able to stop at the rest area also and see one of the rockets, but the space center is an exciting place to interact with hands on 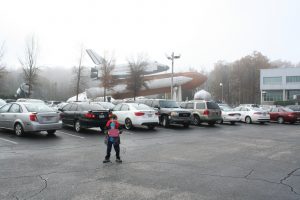 activities and information about rockets and missions.   The center has changed over the last few years – we sent our oldest son to camp there around 2005 – with a new gift shop (large), a building around one of the rockets, and some new exhibits.

This was our first visit after the new building.  Within the new building we found lots of hands on activities, as well as chances to enter rockets and see the space astronauts have to live in.  Included in the space is the trailer the astronauts are quarantined in when they return to earth!

We also got to play with simulations of landing rovers, controlling things with our mind, and there was even a climbing wall – though my son wouldn’t do the wall.   I do have to admit that having been there a few times in the past – starting in 2005, some of the center is now looking dated to me.  Some of the exhibits in the main building as well as the rockets have been on display for many years now.  The rockets outside have been on display outside for the entire time they have been at the center.

In the pictures you will notice my little one doesn’t take off his coat until about half way through the first building, and he felt he had to bring his iPad in with him.  He originally didn’t want to go in.  Going anywhere is outside his comfort zone.  The Rocket and Space Center was the first stop on our trip and he was not really wanting to go on a trip at all.  Over time we did convince him to part with his coat and iPad and get him interested in the exhibits, but for us it’s always a battle to get him interested.

The turning point was the engineering section where he was able to build with my husband with big blue blocks.  My husband built and built finally getting my little one to jump in one handed and help.  By the time we moved on to the next exhibit we were able to slowly wean his coat and iPad away from him.  It was off and on with the iPad for the rest of the exhibits, but there were several exhibits that he was interested enough in to participate.

I would say the Space and Rocket Center is definitely worth visiting and I wouldn’t hesitate to sign my kids up for a camp again, but it has started to look dated to me.  If we lived closer I would consider a season pass each year. 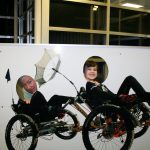 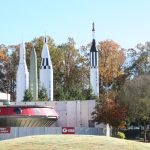 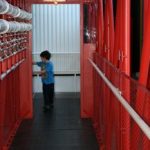 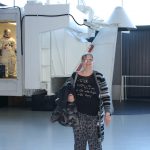 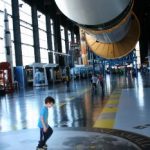 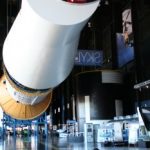 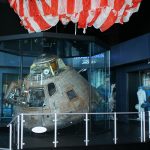 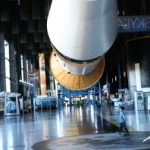 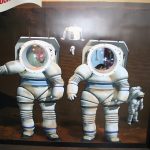 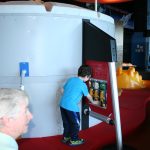 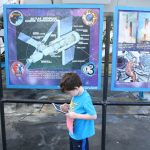 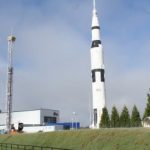 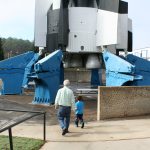 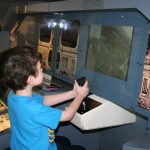 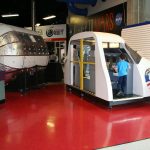 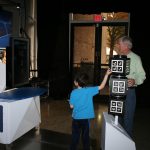 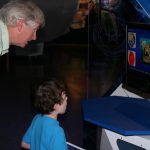 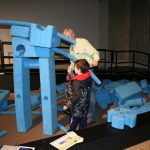 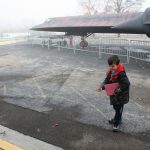 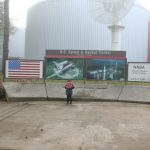 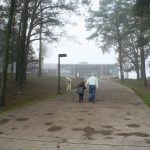