Our first meal from Terra’s Kitchen was a mushroom covered chicken.  To me it was a little bland.  The first part was to cook up the chicken which was simply seasoned with salt and pepper.   I cooked it up and then made the mistake of leaving a little too much chicken ‘juice’ in the pan.  I was then to fry scallions in the pan.  My scallions came out mushy though – because of the ‘juice’.  That didn’t make a huge difference, but I think it was a little bit of a snafu.

I then cooked up the mushrooms and other items that were to cover the chicken.  It was mostly mushrooms and didn’t have a lot of other things in with it.  After cooking it up until it was softened, I added the chicken back and the meal was done.  My husband isn’t big on mushrooms, so it didn’t go over hugely well.  I usually do like them though.  I was expecting a little more flavor though…. but didn’t get it.  So this was definitely not a meal I would recommend.  I could see making it with a few changes to the recipe…. but not the way it is. 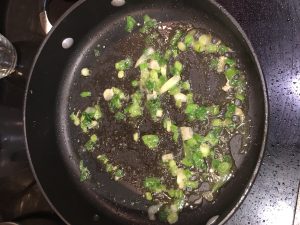 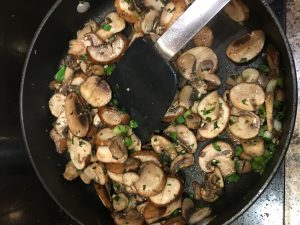 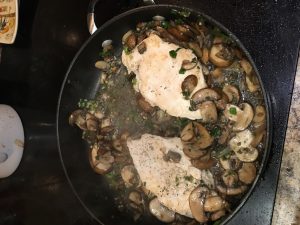