We are still getting Home Chef for our meals.  So far it seems to be the healthiest for the money.  The meals now have been coming in a separate bag for each meal minus the meat.  The meat is in a second bag that is under all the ice to help keep it cooler.  The meals themselves haven’t been as fancy as some of the other meals we’ve gotten from the other services.  The meals all work out to about $10 per person per meal – meaning it would definitely be cheaper to just go to the store with a menu ahead of time, but I love being able to just pull out the cards and pick a meal for the night.

The meals usually are just enough for two, but we have stretched them to three a couple times.   Several of the meals are baked instead of fried and don’t have as much salt and vinegar in them.  The meals we have gotten recently though have had a lot of sauces that seem to be high in salt content.  This week we also have a pork meatball still to fix, and we had a chicken with bleu cheese sweet potato’s for dinner tonight. 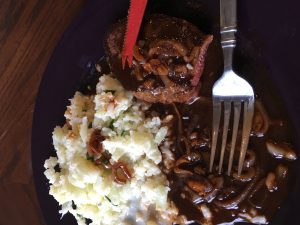 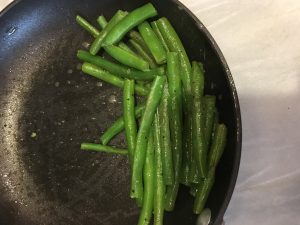 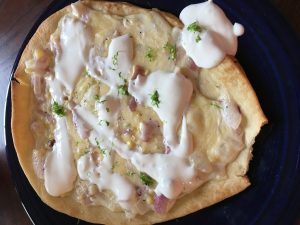 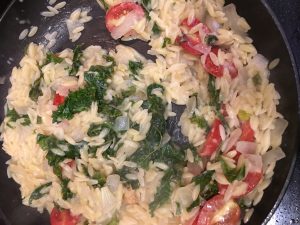